about the book | reviews | excerpt

The Countess’s Groom (A novella)

Rose, the Countess Malmstoke, is trapped in a violent marriage. Escape seems impossible—until her horse groom, Will Fenmore, offers to help her.

As they plan her escape to the American colonies, Rose learns to trust Will with her life and her heart. Is the future she dreams of possible?

The Spinster’s Secret (A novel)

Matilda Chapple is penniless, orphaned, and dependent on her uncle’s grim charity—but she’s finally found a way to escape: she’ll write her way to financial freedom.

Can Mattie conceal the secret of her scandalous writings, or will Edward discover that the virginal spinster and the risqué authoress are one and the same person?

The Baronet’s Bride (A novella)

Sir Gareth Locke lost an arm at Waterloo. He’s in love with his new bride—but he’s dreading their wedding night. He knows it will be an ordeal: clumsy, awkward, and mortifying.

Cecily Locke knows what to expect in the marriage bed—after all, she’s been married once before. It will be uncomfortable and a little messy, but over quickly enough.

“Beautifully written. The stories were so captivating that I continued to think of them long afterwards.”
~ Amazon Reviewer

“Larkin has a way with characters that draws you in. I couldn’t put down the book until I read all three stories.”
~ Goodreads Reviewer

Read the first chapter of each book: 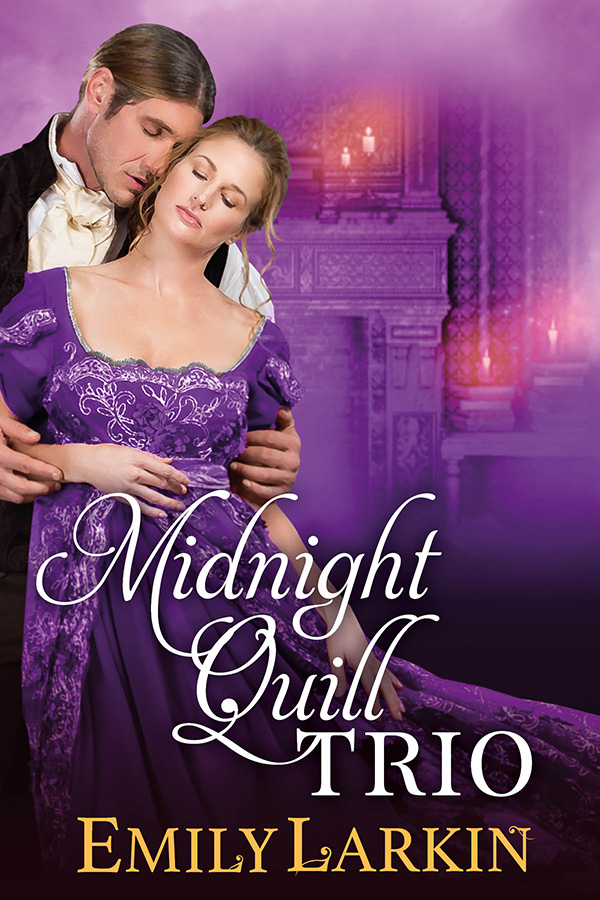